For Sir Anish Kapoor and Cecil Balmond, two contemporary masters of art and design, the challenge of creating an iconic piece of public art for London 2012 was too good to pass up. They wanted to create a sculpture that reflected the energy of the city, the looping structure of an orbit sculpture that fed back into itself perfectly embodying the dynamism they had in mind. Kapoor envisaged visitors embarking on a journey of light, from the cave-like structure at ground level up to the sunlight vistas of the platforms in the sky.

I wanted the sensation of instability, something that was continually in movement. Traditionally a tower is pyramidal in structure, but we have done quite the opposite, we have a flowing, coiling form that changes as you walk around it. … It is an object that cannot be perceived as having a singular image, from any one perspective. You need to journey round the object, and through it. Like a Tower of Babel, it requires real participation from the public — Anish Kapoor

It’s a long winding spiral: a folly that aspires to go even above the clouds and has something mythic about it.

We are both interested in a place where architecture meets sculpture, where geometry gives rise to structure. This has been an ongoing debate between Cecil and me for the last 10 years or so, coming from our two very different perspectives.
The journey begins in ominous darkness, beneath an 80 tonne domed steel canopy. Then via the external lifts you come up towards the light. At the top there is a room with two huge concave mirrors, bringing the sky in, as if you are in the lens room of a telescope.
SIR ANISH KAPOOR
MORE INFO
BUY TICKETS 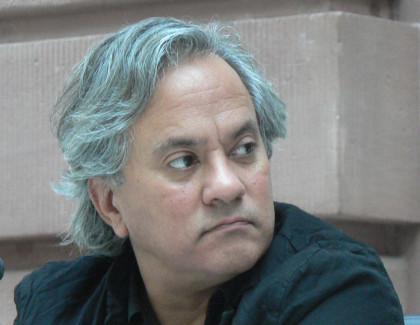 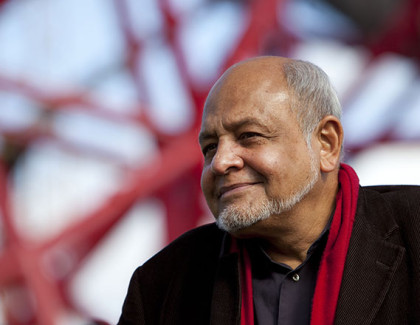